Abstract. On the basis of analysis of tectonosphere dynamics the reason of Mesozoic catastrophe and its cosmogenic nature is shown.

"...His truth shall be thy shield and buckler."

The difficulties of modern geoevolutionary science are connected to the historically usual scientific prejudices, partly, with total failure from Cuvier's catastrophism [1-3] and absolutization of the evolutionary approach. Till now (2007) the judgement on gradual extinction of Mesozoic reptiles and its replacement by mammals, about climatic reasons of transition of Mesozoic to Cenozoic era.

In this connection, for a final solution of the question about a cause of Cenozoic origin, i.e. in choice between evolutionary and disastrous variant, as well as in choice amongst concrete causes (asteroid, comet, underground explosion, solar flash...), the following research is offered to the readers.

When I shall receive the congregation I will judge uprightly.
The earth and all the inhabitants thereof are dissolved:
I bear up the pillars of it. Selah.

At a close view on tectonic map of Eurasia (see Fig. 1) among ancient continental plates and young oceanic crust it is possible to mark the particular type of rocks arisen in geologically short, not yielding to an estimation on duration period between 65 and 70 million years ago. There are rocks of Cenozoic tectogenesis. 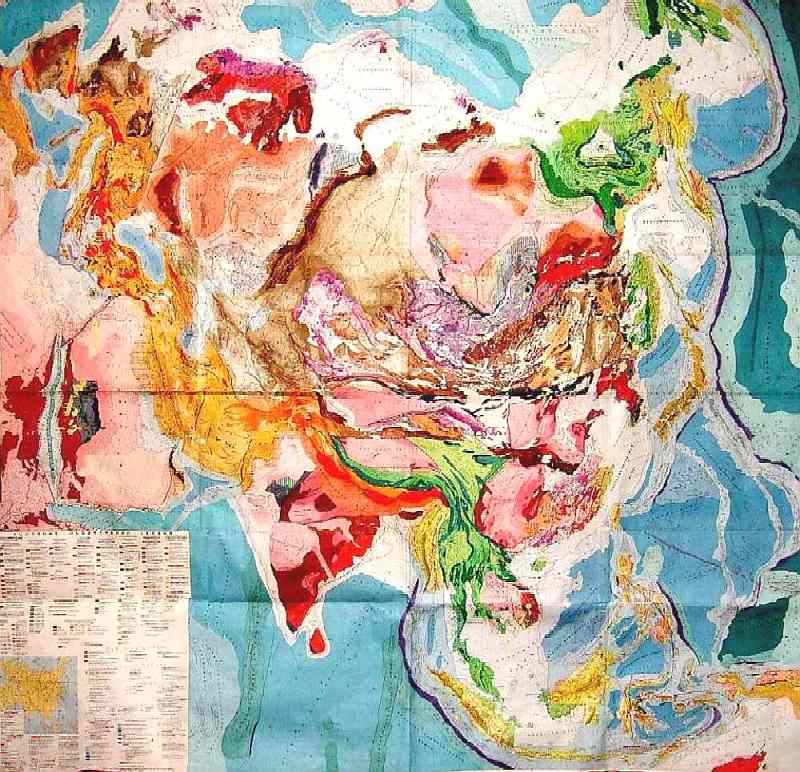 Fig. 1. A photo of tectonic map of Eurasia, on which the segments of terrestrial crust of different age, morphology and genesis are marked [4].

The location of these rocks are marked in yellow on the physical map of Eastern Hemisphere (see fig. 2). 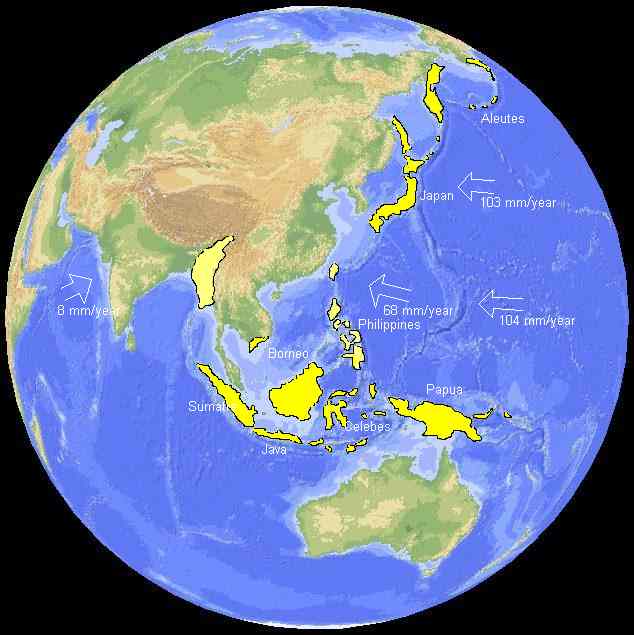 Fig. 2. Distribution of rocks of Cenozoic tectogenesis in Eastern Hemisphere and modern motions of tectonic plates.

On the other hand, the efforts of modern orbital measurements by using GPS navigational system give us precise values of motion of Earth crust segments. The absolute value of these motions make units of centimeters annually. The basis vectors of these motions, relevant for the present work, are shown in fig. 2 also.

Recovery of past epochs appearance

Knowing modern motions of the terrestrial crust measured by GPS, mechanisms of earthquake origins [5] and chronology of plates motions during lasts 70 million years stated through magnetic anomalies [6, 7], using the computer, it is easy to restore former positions of continents and oceanic plates, archipelagoes and islands step by step.

For that recovery it is necessary to take into account the nature and age of each component, character of interaction (subduction, spreading, transformity).

It is understandable that the accuracy of recovery depends on entirety of account of the factors and time separable us from repaired epoch.

In fig. 3 - fig. 9 the series of recovered physical maps of Eastern Hemisphere divided on 10 million years are shown (click them for increasing). Sea levels are typical for interglacial epochs like a modern.

More than 60 million years ago puzzle of peninsulas, islands and archipelagoes of Indochina, Indonesia and Philippines are composed in a clear picture of astroblem - the large crater with a legible ring and central circus (see fig. 9).

Having removed rocks of “Cenozoic tectogenesis" shown on a fig. 2, it is possible to get the physical map of Eastern Hemisphere of the end of Mesozoic era, 70 million years ago, when these rocks yet didn't exist (see fig. 10).

“Comets are the main cause of space catastrophes of the Earth”
Eugene Dmitriev, [5]

The recovery of appearance of our planet does not keep doubt in a reason of change of Mesozoic era by Cenozoic.

The bombardment of the Earth by massive comets 67±2 million years ago, large of which one has falled between Australia and Eurasia (see fig. 10 and animated GIF in fig. 11) has generated terrible shock wave that there are vast circus and a ring of mountains, so-called rocks of Cenozoic tectogenesis more than 2000 kms apart of epicenter at the place of adding monstrous seismic waves, direct and reflected.

Why comets bodies, but not meteoritic?

- Unlike stone and iron-nickel meteorites, the comets, as this is realized truly, present itself firmly packed snow. At fall in field of gravity of planet such friable body practically inevitably disintegrates on more small bodies that is seen from topology of mesozoic catastrophe. On the other hand, probability of meeting the planet simultaneously with three gigantic meteorites practically is zero.

The ocean wave by an altitude in kilometers has bent all Terrestrial globe and has kept marine deposits in the highest mountain valleys that has imagined for the modern contributors as myths about lowering of mountain ridges and sea transgressions up to a level of the Alpine valleys.

The catastrophe has destroyed the finely adjusted gear of an earth biosphere.

As the distroying force of a shock wave is approximately proportional to a body volume, all large Mesozoic animals were uniinstantly killed and sweep away into ravineous places. Pavlodar Paleontology Reservation represents vivid example of such mass grave of dinosaurs on territory of Kazakhstan, where the reptiles which have been washed off from all Kazakhstan steppe, have appeared densely filled in ancient Ertys (Irtysh) river valley.

The sharp decreasing of an air transparency has resulted in a strong cooling-down, as a minimum, on several years. The start to the next glaciation of subauroral areas of the planet was given.

Narrow-specialized animals and plants of Mesozoic have died out completely on reason of sharp weather-climatic oscillations. The freed place at once was taken by universal, fast multiplied species of polar, Alpine and cover fauna and flora.

As a result of the research the disastrous gange of Mesozoic era was detected uniquely.

The reason of this catastrophe was space bombardments of a surface of the planet by cometary bodies, largest of which one has falled between Eurasia and Australia, having originated Borneo island, remaining Zond islands and Philippine archipelago.

The tracks of marine deposits of Cenozoic age in central regions of continents and in highlands are not outcome of sea transgressions, but it is outcome of a global tsunami caused by shock wave origined by collision between Earth and large comet.

The gang of Mesozoic flora and fauna is not outcome of evolutionary replacement of elder species by younger, but outcome of fast loss high-specialized Mesozoic species during catastrophe and release being before marginal species from under pressure of Mesozoic dominants.

The offered method of "retrograde dynamic modeling” with usage of knowledge about character of catastrophes, tectonic structure of terrestrial crust and its motions can be applied for more steep and detail recovery of the geologic and biological past.

The author expresses gratitude to Eugene Dmitriev, the veteran of The Khrunichev Centre for his support and inspiration [5,6] on the present research and profound remarks.